Get Your FREE Quote Now

Deck Builder Troutdale, OR – is your first choice when upgrading and securing the exterior look and functionality of your home or business. We are professional deck and fence contractors that provides you with quality and expert decking services to our customers in Troutdale, Oregon.

Aside of providing professional expertise and quality services, Gresham Deck and Fence Contractors offers free & fair estimates and upfront prices on all services provided. Your Deck and Fence pros in Troutdale, OR are only a call away! (503) 907-6925

We are always available and want to help you through the process. Get connected with one of our Deck and Fence experts to get started. Talk to you soon!

We provide free estimates on all of your deck and fence projects with a no hassle, no obligation guarantee. Fill out the form and someone will contact you.

Don't see a certain service listed? Let us know. We offer a variety of fence and deck services including fencing, decking, installation and repair.

For over a decade, our decking services have been the top choice for commercial and residential customers. Our commitment to our clients is one of the reasons why many of them continue to work with us. We are Troutdale’s decking contractors, so we always keep your interests in mind; hence, our recommendations are not based on profit but rather your best interests.

Our deck company has helped a number of home and business owners restore their decks after they lost hope over the years. In many cases, we were able to successfully repair decks that others said wouldn’t be able to be repaired. Providing reliable services has allowed us to become one of Troutdale’s leading deck companies. If you are looking for an expert deck builder in Troutdale, contact us.

Deck builders Troutdale, OR – providing you top notch expertly crafted decks and certified deck repair in Troutdale.  Let our deck experts work with you to create the deck that you’ve always wanted.  At Gresham Deck and Fence Contractors we use nothing but the best materials money can buy. Our expert craftsmanship combined with high quality materials will enhance the look of your outdoor living space and provide you with a long lasting product that you and your family can enjoy.

We construct wood decks that help you capture the outdoors as part of your home, providing a great space for grilling, sunbathing, or simply enjoying a warm summer day. Our deck builders are experienced at making good use of the versatility of wooden components to build great wood decks.
Learn More

Just as with fences, sometimes wooden decks aren't the best option. Fortunately, composite materials provide a great alternative. For many homeowners, the durability and easy cleaning of composite decks is a much better choice. These decks are more weather-resistant than traditional wooden setups, and our experience building composite decks guarantees that we can build one that will be the perfect addition to your home.
Learn More

Loose deck boards, nails and screws exposed, paint or stain flaking? These are signs of a deck that needs attention. Schedule an appointment to assess the condition of your existing deck. Get your free estimate by contacting us today for deck repair services in Troutdale Near Me!  (503) 907-6925

Get ready For your free fence or deck estimate - Call Now

Our primary goal is to provide you with the best fencing services in Troutdale, Oregon at prices that are reasonable and fair.  There is no job to big or small that our experience contractors at Gresham Fence and Deck cannot handle.  Let us get your project rolling contact one of our team members today!  (503)-907-6925

There is no better way to frame your home than with a beautiful wood fence. Our fencing professionals are experts at installing wooden fences. We use quality woods like cedar that will withstand the test of time even the harshest Pacific Northwest weather. Get a free quote on your wood fence.
Click Here

The most important thing we can do for your project is to guide you in what materials will work best for your project and your budget. the durability of synthetic materials is a great option. Vinyl has lower maintenance and a tougher finish than a wooden fence, so you may want to replace fence made of wood with a new vinyl setup. As premium fence and deck contractors in Happy Valley, OR we can create a beautiful and durable fence that will last a lifetime.
Click Here

The classic beauty of an iron fence is hard to beat. It is a durable, unique material that provides a great look as well as great security. A custom fence built from iron will last for decades and will enhance your property's beauty and unique character. Our fencing professionals would love to build one for you, and they have the experience to complete a great project for you.
Click Here 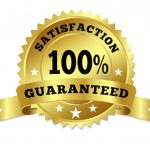 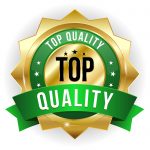 What Our Customers Have To Say

What can I say about the team from Gresham Fence and Deck Contractors. Juan and his crew did an outstanding job installing my brand new wood deck. His team answered all my questions and concerns which put me at ease. We got other bids from other contractors. But Juan at Gresham Fence and Deck Contractors by far was the best. I highly recommend this deck company to anyone.
Shelley CoxSatisfied Customer

Get Your FREE Quote Now

The following are some of our favorite places to experience, see, and visit in Troutdale, Oregon. It is our hope that you’ll find something that you will enjoy.

More Info on Troutdale, OR

Troutdale is a city in Multnomah County, Oregon, United States, immediately north of Gresham and east of Wood Village. As of the 2010 census, the city population was 15,962.[5] The city serves as the western gateway to the Historic Columbia River Highway, the Mount Hood Scenic Byway, and the Columbia River Gorge. It is approximately 12 miles (19 km) east of Portland.

The community was once known as Sandy, after the nearby Sandy River; the post office in Sandy was established in 1854 and closed in 1868.[6] In 1873, the current city of Sandy in Clackamas County, which was formerly named “Revenue”, established a different Sandy post office that is still in operation.[6] Troutdale was named by pioneer John Harlow for the trout pond in a dale near his house.[6] Troutdale post office was founded in 1880.[6] In 1925, a company, the Bissinger Wool Pullery, was moved from Sellwood, Oregon, and opened for business on Macadam Road along the west bank of the Sandy River. [7][8] An iconic water tower stands nearby. The company was featured in a Ripley’s Believe it or Not! column because a cat was reportedly found in a stack of animal hides that the company was going to use for its products. The cat was taken care of and became the company’s mascot, and was said to have lived a long and healthy life.[9] The water tower is now known as the “Old Historic Water Tower”.[citation needed]

Reynolds Aluminum was once the area’s biggest employer.[10] The Reynolds plant in Troutdale was established in 1941 to provide aluminum for the war effort.[10] The plant closed in 2000.[10] The nearby city of Wood Village was a company town founded to house workers from the Reynolds plant.[10]

Troutdale is located at the confluence of the Sandy and Columbia rivers.

This region experiences warm (but not hot) and dry summers, with no average monthly temperatures above 71.6 °F (22 °C). According to the Köppen climate classification system, Troutdale has a warm-summer Mediterranean climate, abbreviated “Csb” on climate maps.[13]

Troutdale is renowned for having some of the windiest conditions in the Pacific Northwest. Periodically, strong east winds emerge from the Columbia River Gorge that affect the city’s temperature and general climate. As a result, several businesses and locations utilize the East Wind identifier in their names or services.

There were 5,671 households, of which 40.3% had children under the age of 18 living with them, 55.7% were married couples living together, 12.9% had a female householder with no husband present, 5.6% had a male householder with no wife present, and 25.8% were non-families. 18.8% of all households were made up of individuals, and 5.1% had someone living alone who was 65 years of age or older. The average household size was 2.81 and the average family size was 3.20.

The local economy has shifted since the start of the century as the Portland region continues to grow. While the majority of residents work in Portland or Gresham, recent industrial development related to at the Port of Portland‘s Troutdale Reynolds Industrial Park has helped turned the community into a jobs center for the region.

FedEx is currently the largest employer in the city, with a sizable distribution facility for its FedEx Ground operations. Other major employers include Amazon, Reynolds School District, Multnomah County Sheriff’s Office, Albertsons/Safeway, The Home Depot, and McMenamins.

Troutdale is the home of one of the most notable locations of the local McMenamins brewpub and hotel chain, the 38-acre (154,000 m2) Edgefield, which was formerly the Multnomah County Poor Farm. The site has a hotel and a variety of restaurants, bars, and entertainment venues. Edgefield is listed on the National Register of Historic Places (NRHP).

Other buildings on the NRHP in Troutdale include the Fred Harlow House and the Troutdale Methodist Episcopal Church.

All information was provided by Wikipedia